I don’t think I will get much push back when I say, one of greatest pleasures of life is the discovery of new music and new artists.   My latest discovery (stumble upon, really) is the stunning Bengali classical singer Tripti Mukherjee.

A shishya (pupil) of the mighty Pandit Jasraj, Mukherjee is a flag bearer of the Mewati gharana which rose to prominence in the second half of the last century, primarily through the singing of Pandit Jasraj.

In addition to managing a full schedule of singing and recording Mukherjee spent the first part of her career establishing a number of Indian classical music academies across the United States.  Here is a lovely interview (in English) with Panditya in which she discusses her early life, her relationship with her guru, her role in setting up the academies and of course, her music.

Pandita Tripti Mukherjee, Hindustani classical vocalist and illustrious disciple of Sangeet Martand Pandit Jasraj, stands bright among the generation of musicians carrying forth the music from great masters of Panditji’s generation. Triptiji is blessed with a mellifluous, divine voice, and with her tremendous passion and dedication, has honed musical skills, which are a seamless blend of somber and rich elements. Triptiji’s vocal renditions are characterized by delicate, refined and intricate qualities, with a tremendous depth in the power and conviction of her delivery. This balance is Triptiji’s unique forte.

Perhaps more unique to Triptiji is her monumental commitment over the past 14 years to spreading India’s rich culture and heritage in their purest forms throughout America. Although Indian classical arts had found recognition in the U.S. in the form of dance or instrumental music, the pure tradition of vocal classical music was not prevalent in America over a decade ago. Realizing this disparity, Triptiji ventured to establish the first institute for vocal Indian classical music in the U.S., in the name of her guru, the Pandit Jasraj Institute for Music Research, Artistry and Appreciation – the Mewati Gurukul. Today the Institute has branches in New York, New Jersey and Pennsylvania. In addition, the Institute reaches the community at large through a magazine called JasRangi, which publishes comprehensive articles written by students of PJIM, on history and theory of Indian classical music in a current cultural context. Through her tireless efforts, Triptiji continues to pioneer ways of establishing Indian classical arts in America, providing an invaluable service to the Indian community.

Triptiji has never left behind her primary identity as a performing artiste, carrying forward a musical tradition sculpted by her several gurus: Mrs. Bharatikar Choudhary, Mr. Sunil Das, Mr. Prasun Banerjee, Mrs. Sipra Bose, and of course Sangeet Martand Pandit Jasraj. Triptiji has been a Grade-A artiste on the All India Radio and National Television, having performed on the national programme. In addition, Triptiji has received great recognition for her stellar performances at the annual Pandit Motiram Pandit Maniram Sangeet Samaroh in Hyderabad, the Hari Vallabh Sangeet Samaroh in Jalandhar, the Sawai Gandharva Music Festival in Pune and the Dover Lane Music Festival in Kolkata – India’s prime music festivals. Besides her many performances in numerous cities in India and the U.S., her concert sites have included Carnegie Hall (New York), Tagore center (Berlin), Nairobi (Kenya), Bahrain Arts Performing Center, and Queen Elizabeth Hall (London).

Triptiji’s major awards include the Amir Khan Memorial Award, the Pandit Jasraj Gaurav Puraskar, the ‘Pandita’ award from a University of Karnataka and the ‘Acharya Shiromani ‘ award from the music students in USA. Most recently, Triptiji was invited to perform at the 2007 Diwali Festival held at the White House in Washington D.C., making her the first Indian musician to ever perform there.

Pandit Jasraj has said of her:

“ Tripti’s dedication to her art and her gurubhakti is unparalleled. I feel extremely fortunate to have her as my disciple. Her monumental efforts in setting up the Pandit Jasraj Institute for Music Research, Artistry and Appreciation – the Mewati Gurukul in USA and her ongoing contributions to it are a testimony to her devotion and commitment. She has further ennobled the name of the Mewati Gharana … Her voice is soothing yet powerful and so laden with emotion, that it moves even the greatest of kalakars to tears…Most of all, she is a wonderful human being – an epitome of grace and modesty . ”

I have not much more to say about this wonderful singer.  I’m just excited about her coming into my consciousness and want to share this collection of Bengali semi-classical songs. 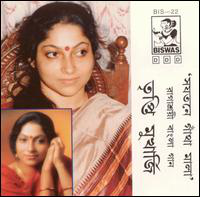 This is about as ‘super’ a ‘super group’ you can conjure. Pandit Jasraj, Pandit Hari Prasad Chaurasia and Ustad Zakir Hussain, on the same stage at the same night, creating magic that is simply unbelievable.

Opening with the popular melodious raga Bihag, especially popular in north India and even more especially by Bengali artists, Pandit Jasraj enraptures the concert hall from the opening note. His voice flows effortlessly, like the Saraswati River, only above ground and very real. There is no rush here. The simple unfolding of the mystery with Ustad Zakir Hussain sahib turning his drums into a sonic annotation. Each of Panditji’s syllable’s is met with a beat (so understated, so intuitive, so suggestive) that seems preordained.

After the opening raga and a bhajan interlude, this dynamic duo is joined by the bansuri maestro from Allahabad, Pandit Hari Prasad Chaurasia. Again, as you’d expect from such All-Star artistes, his contribution is nothing short of elegant. The runs on the bamboo flute are mellow and heavenly, leading and darting between the singer’s words, often times leaving Jasraj himself breathless.

This is volume 1 or a double CD set which we send your way with all good blessings and wishes for the end of 2014! 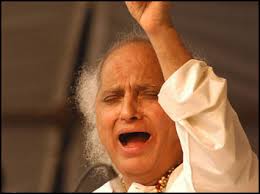 A final dip back into the archives (for a while!).  At the request of a kind hearted reader of this blog, comes the fantastic Pandit Jasraj 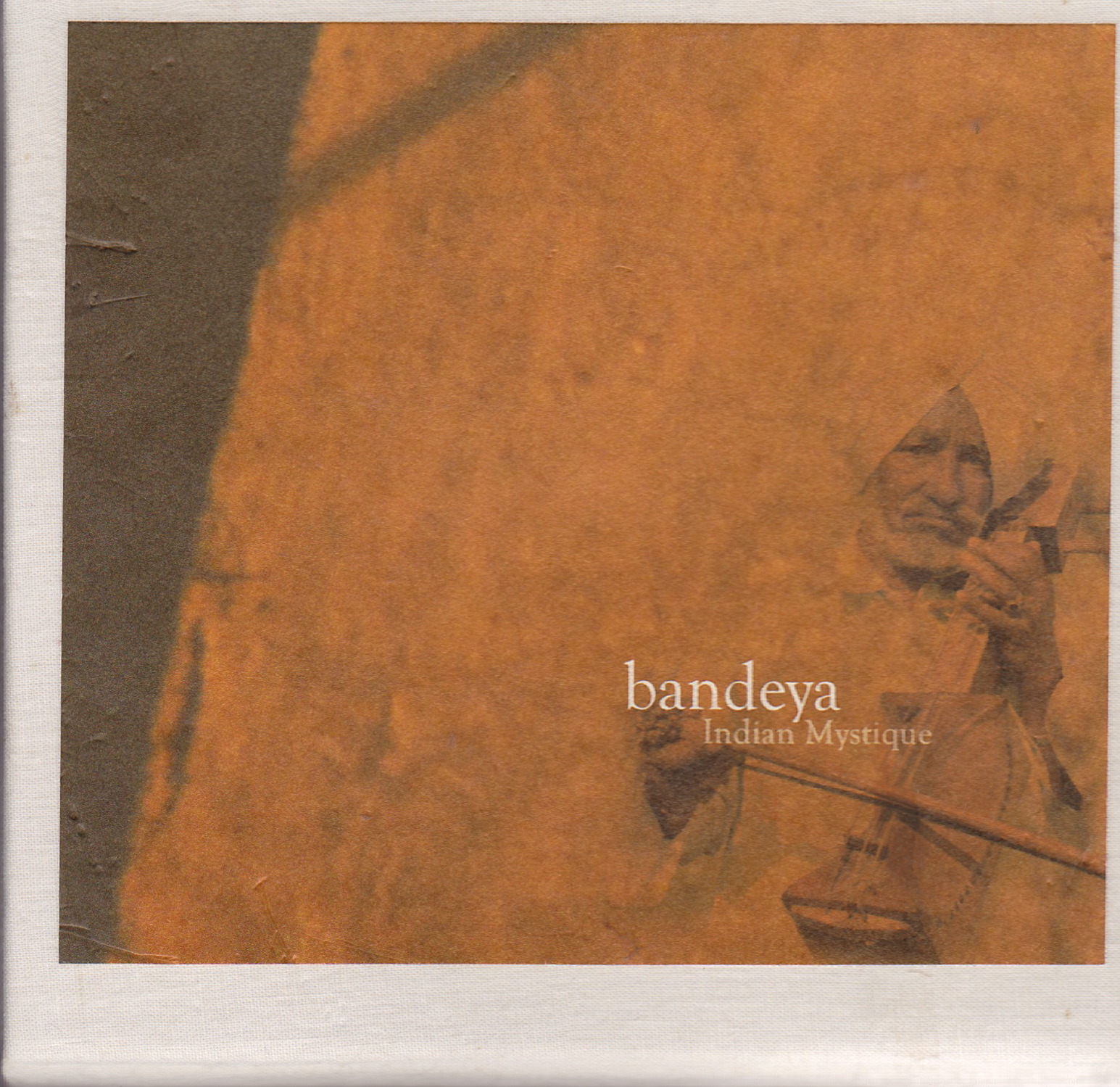