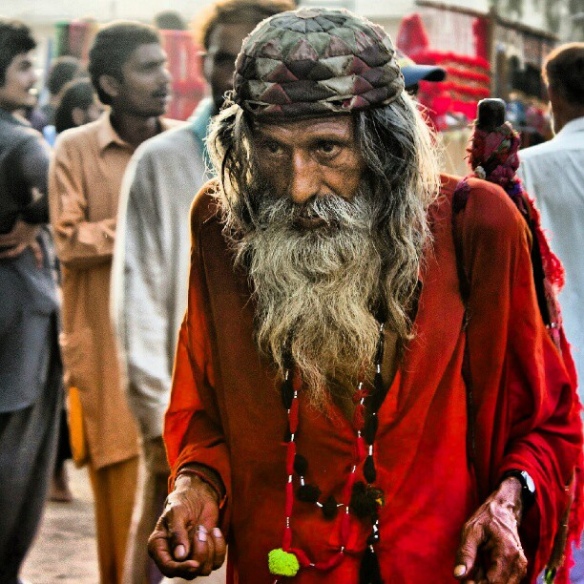 I see its been quite a while since the last post. Indeed, my posts have become as infrequent as Halleys Comet over the past many months, not due to any slackening of interest or desire in music but rather through a necessary focus on a whole bag of other projects and issues. But in the past few weeks I’ve come into possession of some excellent South Asian music which I’m looking forward to sharing.

First off the rank is a small collection of field recordings from Sindh and Pakistani Punjab. Billed as ‘Sufi music’ this majmua’h is more accurately a sampler of folk music from those ancient fabled lands. The performers are all relatively unknown beyond the districts in which they live or wander and their performances are completely natural, raw and uninhibited. As the singer Fatah Daudpoto says in his introduction to Aa Mil Yaara (Track 4) ‘I’m a folk singer and folk music is direct. Not mechanical or digital.’ Which is similar to the adamant statement (and album title) of the old blues guitarist Mississippi Fred McDowell ‘I do not play no rock n roll’.

These recordings are made on site, live and several of the tracks include ambient sounds and whisperings from those in the crowd.  In many instances, especially tracks like #9 and #6, I am reminded of the soundtrack to the wonderful film Latcho Drom, about gypsies and their music. These songs have that same electric ‘chaos barely under control’ feeling.  My only complaint is that most of the tracks are too short which clearly is a decision made by the producers of the album and not the artists themselves who were barely allowed to pick up a head of steam. 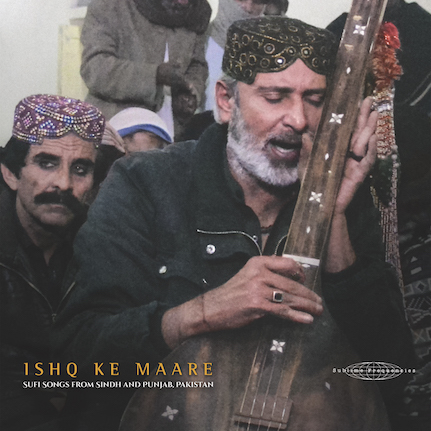 My brother introduced me to Taj Mahal, the American blues guitarist, way back about 40 years or more ago. We all got a kick out of the fact that he had taken the name of India’s greatest icon even if we didn’t really ‘get’ the music he was playing.   Having grown up in India with very narrow music tastes, American roots/blues was a foreign country.

But it didn’t take long to understand that here was a great musician and I’ve been a huge fan of Taj’s ever since.  Like his old mate and one time Rising Son, Ry Cooder, Taj is somewhat of a musical explorer.  We may consider him to be essentially a man of the blues but he’s really interested in all the streams of  music that have contributed to the African American experience. Hence, he’s gone off to the Caribbean and explored calypso, slave songs and early American hill songs.

Among his most delightful albums are the ones like today’s share where he’s collaborated with non-American musicians. If you’ve not had a chance to hear his album done in partnership with the Culture Musical Club of Zanzibar you are missing a rare beauty.  It is stunning.

This album, Mumtaz Mahal, was made several years before CMCZ (and just a couple after Ry Cooder‘s own Grammy-winning collaboration with Vishwamohan Bhatt) and is equally intriguing. And satisfying.

The pace and feel of this collaboration is laid back and informal. Taj is definitely the driving force. He has selected an excellent, varied set of songs from the Jamaican classic, Johnny Too Bad, to the gospel gem, Mary, Don’t You Weep to the blues standard Come On Into My Kitchen and he delivers them beautifully.  You feel as if you have been invited into a small room with just Taj and a couple friends to hear the master sing from his heart.  Each song is unhurried and intimate. Case in point the introduction to the final track. The singer and his accompanists, some of India’s finest, are clearly enjoying exploring the melodies and playing off each other.

Whereas his album with Cooder is orchestral in its conception and elegant beauty, on Mumtaz Mahal, Bhatt plays a more subtle role. He fills in the gaps and nudges each song along.  While Taj lets loose with his voice Bhatt brings in the East reverb that somehow fits perfectly into the atmosphere.

This is a slow burner. It’s not as blood rushingly good as Bhatt’s collaboration with Cooder but it is as nuanced and beautiful filling the listener with joy and wonder and delight.

I love it. Hope you do too. 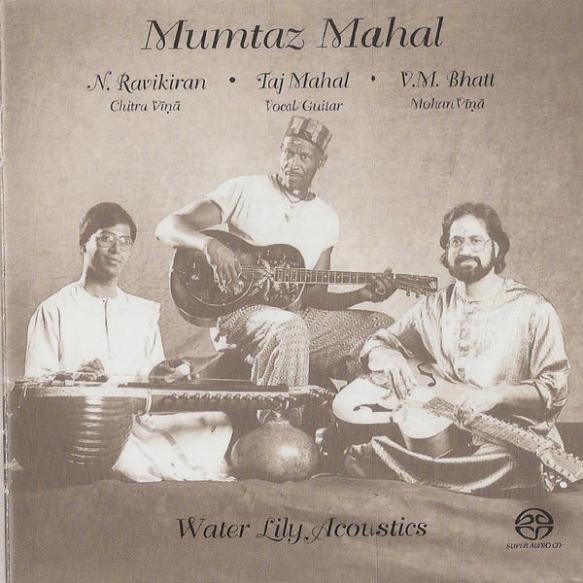 01 Coming of the Mandinka

02 Come On In My Kitchen

03 Rolling On the Sea

Sunday Sounds from this week features some incredible Indian blues bands that would make Muddy Waters and Howlin’ Wolf proud! 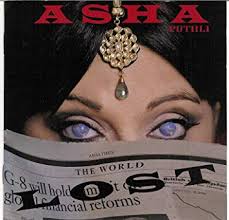